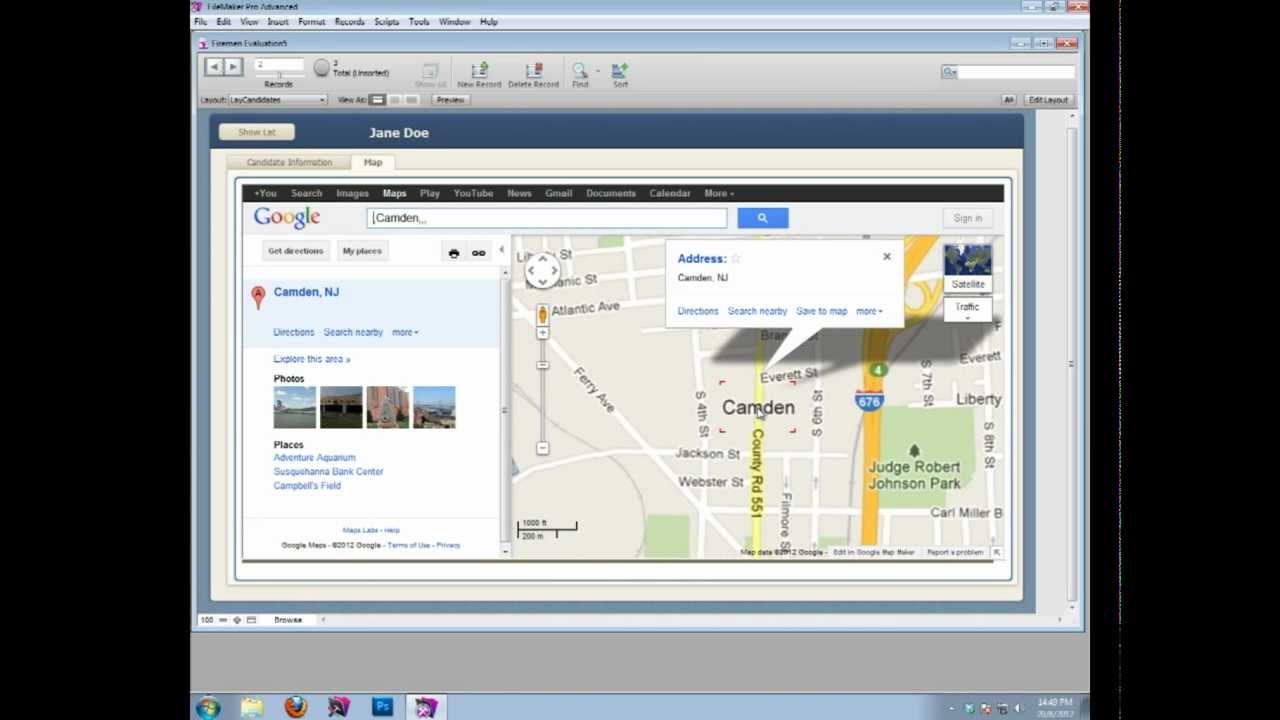 Over the last several years, Claris has been repositioning its longstanding FileMaker Pro app. It's still the same software for making what people who've used it for decades refer to as database solutions. However, today that idea of bespoke tools that users can make and adapt is indistinguishable from what are now more commonly called apps.

So without actually changing how FileMaker Pro worked, or quite what it did, Claris has been increasingly erasing the word "database" and inserting the word "app" instead. It's far from unreasonable, as all of the power of the software remains, and the solutions that can be created in it can be apps in every sense of the word.

You've always been able to use FileMaker Pro to make a client management solution for your staff's desktop Macs and PCs. More recently, you've been able to make mobile apps for iPads, too, and all using the same software.

While FileMaker Pro 19 does add significant new features, the greater part of the release is about cementing this semantic break from the past — and to have the product make more sense to new users who are developing apps.

The most immediately obvious changes for old hands are apparent as soon as you download the app. Claris may have done away with the different regular and advanced editions of the app some versions ago, but it continued to call it FileMaker Pro Advanced. This is has now gone, though, and it's solely called FileMaker Pro.

Then rather than a folder that contains the software plus a collection of extensions, resources and PDFs, you now solely get the app as a single file. Perhaps fittingly, as the old folder has gone, so the app has dropped its extraordinarily familiar and longstanding icon of a folder.

FileMaker Pro 19's icon is now the same as that of all products from Claris, though in an Adobe-like way, each is assigned different colors. FileMaker Pro is blue, for instance, and Claris Connect is green. Speaking of Claris Connect, that new service for linking apps Zapier- or IFTTT-like, is more prominently integrated into FileMaker Pro. Where the previous version presented a Learn section, FileMaker Pro 19 takes that and inserts it into a new Resources section.

This is chiefly a way of embedding the Claris Connect service inside the app, but the company has also used it as a way to bring third-party options to users, too. Alongside the Learn section's familiar tutorials, and the new Connect link, this Resources section offer quick access to a marketplace of third-party apps and solutions. 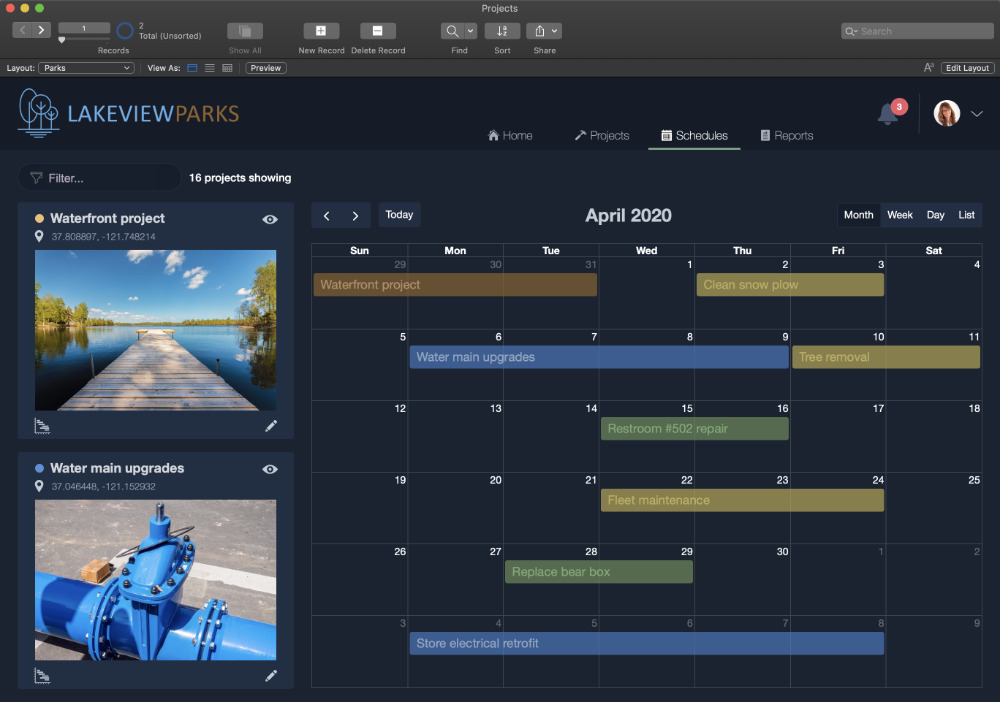 This is how most users see FileMaker Pro - not as a tool they're developing in, but as a finished app. (Source: Claris)

Plus it now makes finding FileMaker Pro developers easier with its new Find a Partner feature. Since few people who aren't already developers will open this section, its usefulness may not be all that great.

But after decades of use, FileMaker Pro has grown such a community of developers that there will always be someone who knows what you need to know. And while this will hopefully help share employment around, the community is such that you're as likely to find experts offering helpful advice as they are to wave a rate card at you.

Claris is clearly keen to continue this as it singles out FileMaker Pro 19's ability to let users create what it calls shareable add-ons. These are specifically to sell in the Claris Marketplace and overall concept is that FileMaker Pro 19 and Claris Connect are to be a comprehensive ecosystem.

The aim is to grow that ecosystem as widely and as easily as possible. Claris has recently claimed that interest in FileMaker Pro has grown hugely as companies needed new apps and solutions because of working changes caused by the coronavirus.

In the short time we got to test out FileMaker Pro 19 we found no clear updates or alterations to the core features. Apart from small cosmetic changes, this version is going to be immediately familiar to existing users — and of course will run existing solutions or apps immediately.

Beyond the familiar, though, this edition does add more options to improve apps, or to just have a very good time exploring. Chief amongst these is the way that users can leverage Apple's Core ML machine learning models.

It has been possible to do at least some of that through Python scripting and third-party add-ons, but now Claris is emphasizing how native ML support means a user's apps can take advantage of image object detection. FileMaker Pro 19 even exposes ML tools for sentiment analysis - the ability to automatically detect whether a passage of text is positive or negative, for instance - to users.

Similarly, FileMaker Pro 19 offers greater Javascript support, with the intention that users will increasingly be able to develop or buy modules that drop into their app solutions. So much of this release is about connecting FileMaker Pro 19 to extra technologies, and particularly Apple ones such as Siri Shortcuts. 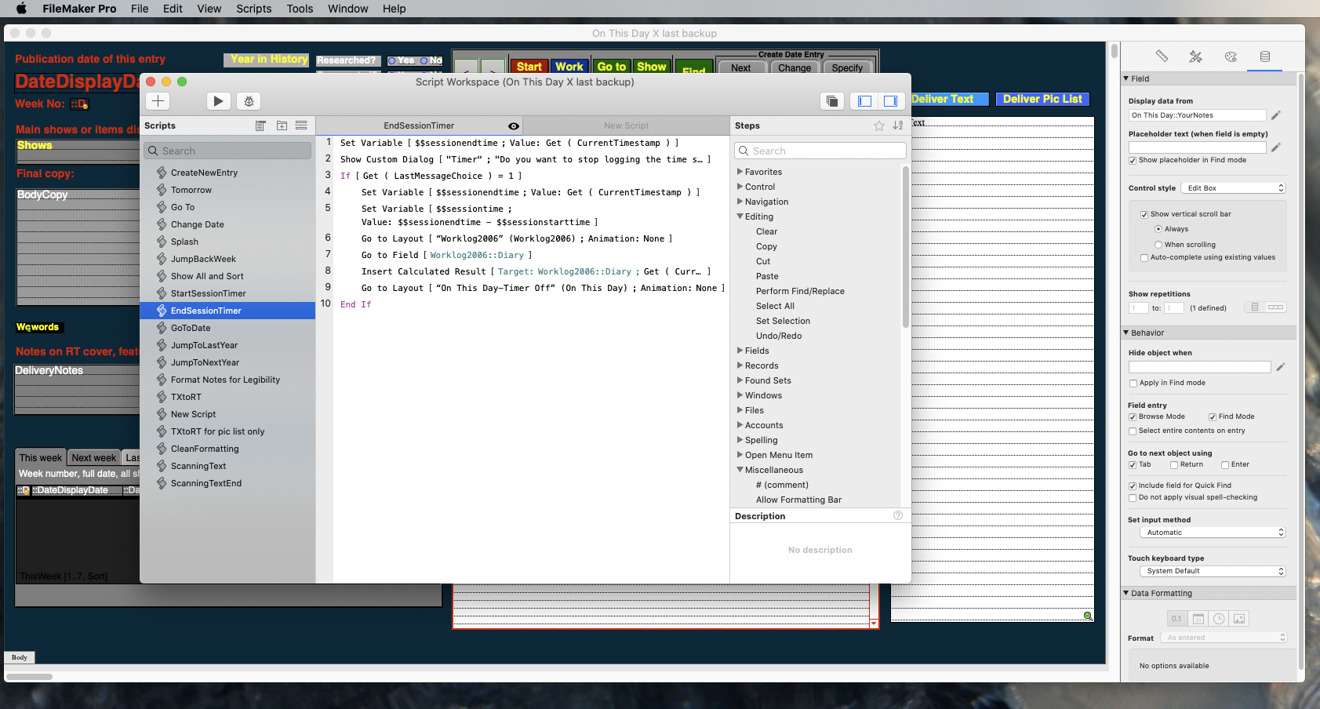 You've always been able to add scripts like this, but now you can drag and drop Javascript elements into your app solution

What we had a brief time to test was the Mac version of FileMaker Pro 19 and, as always, there is a Windows release that is identical. The versions appear identical, down to the pixel, and the aim has always been that users could move database solutions between the two.

That presumably cannot happen now if a user does exploit Apple-specific technology, but this is unlikely to be any kind of Mac bias on the part of Apple-owned Claris. Rather, it's more likely to be a nod to iOS and the fact that there's no clear equivalent within Windows tablets.

Claris is clearly right to focus on app development, and it seems right that iOS be a big part of that. It's also good, though, that the decades of database development behind it remain as part of the product as ever.

That rebranding as an app development tool has been taking place steadily over several years, and it's seemed that at the same time FileMaker Pro has been steadily heading toward a subscription model. You've long been able to buy site licences and ones that renew, but after last year's release simplified pricing, this year's continues the move away from annual purchases.

We're still going to get FileMaker Pro on the Mac, and the PC, and it is still going to be developed. What's perhaps also going to happen, though, is that the product will move away from the desktop. In version 19, Claris is already championing the ability to develop apps or databases entirely in the cloud, for instance.

Claris was famously called FileMaker, Inc, until its recent rebrand. The software's dropping of its Advanced name — even as it retained all the Advanced functionality — then the dropping of annual releases, it makes us wonder just how different the future of FileMaker is going to be.

For now, though, FileMaker Pro 19 is an exceptional tool for the company needing to make bespoke tools for its staff. If you're an existing version 18 user, there's no absolute requirement to upgrade, but the new integrations with Claris Connect, Core ML, and so on, do offer greater possibilities for developers.

That's certainly true but it's perhaps most appealing if you're already part of a large team and using the site licence version. If you're a one man or woman band who makes their living designing solutions for different clients, it's a bigger decision.

Up to now, you've had a capital outlay of a few hundred dollars every year — or, more likely, every two and three years as you skip some updates. Step onto the FileMaker Pro 19 subscription and its minimum of $19 per month means $228 every year. That is a licence for up to 10 users, but that's irrelevant if you're an individual developer. 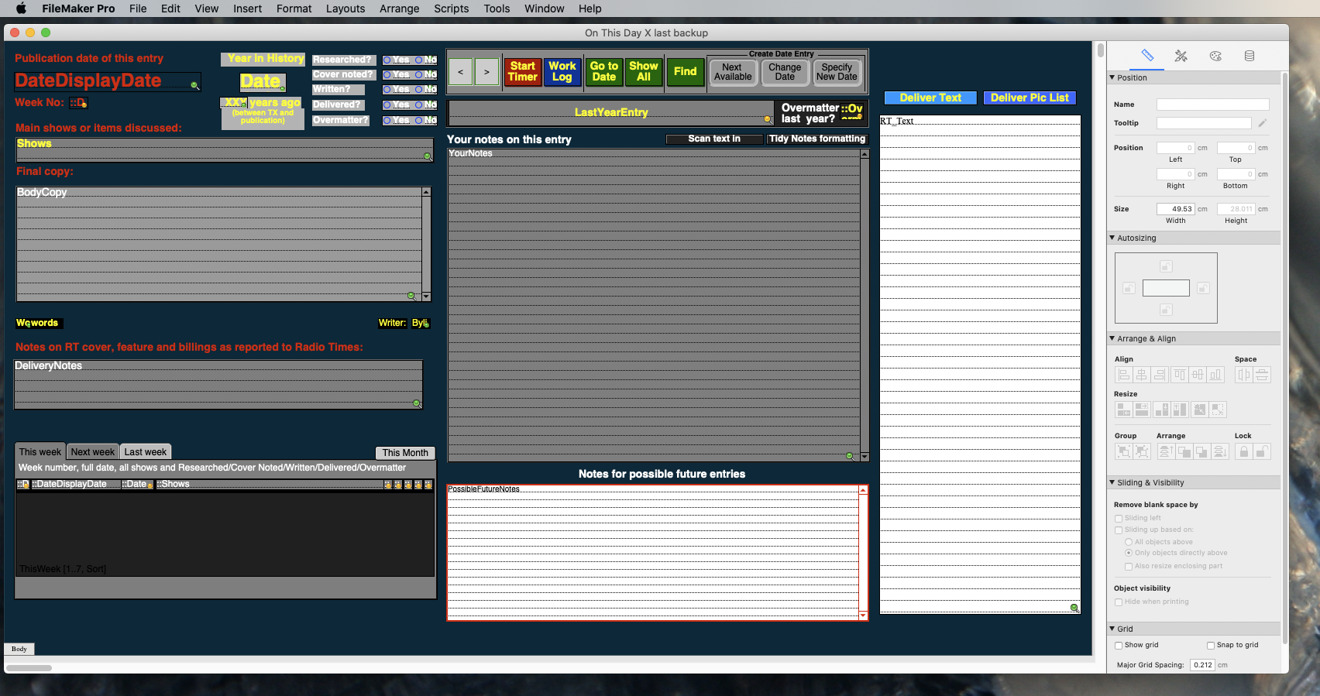 Developers control every pixel of their app, from colors to how calculated variables are displayed

Whatever size developer you are, if you currently have, say, FileMaker Pro 18 or even 17, you aren't throwing that away. You could downgrade back to these older versions later. But you won't.

You won't because then you wouldn't be able to continue developing with the new tools. Claris can easily make the case that FileMaker Pro is a serious tool for serious companies, but if you develop with it, you also know that it is profoundly absorbing and even fun.

You will find reasons to use the new tools just because they are there and they're powerful. And this is how you get hooked.

Previously, there has been one other way that new users got brought in to the community and became addicts. It's also one way that presumably and actually rather sadly, is surely now over. In what was practically a tradition, Claris used to regularly offer a deal where when you buy FileMaker Pro for yourself, you get an entirely free copy for someone else.

FileMaker Pro 19 is now available direct from Claris and it costs from $19 per month for up to 10 users.

The ITS FileMaker Database Hosting service provides a central resource for the campus to host databases with FileMaker Server 17 Hosting Databases on ITS Filemaker servers enables the campus community to access their own Filemaker database on a secure high performance server without spending thousands of dollars.

Service hours for FileMaker Database Hosting are 8am to 5pm Monday through Friday.

What’s New in the FileMaker?